It was a dream come true for  Coach Masazhari Yayit (from left to right) and players – Mohammad Yusri Mahmud, Jonet Mohd Yusof, Masuri Yayit, Hamdi Bakri, Hanafe Abdul Ghani, Jahari Jadi, Ben Danial and Shukor Abdul Lihin, nine Walking Footballers as Member of Parliament for Bishan-Toa Payoh GRC, Mr Saktiandi Supaat (in blue) gave them a celebrity send-off at the Singapore Changi International Airport on 29 May 2019, as they head off to London to compete in the inaugural IWFF World Cup Walking Football 2019.

The Singapore team had been training dilligently every Sundays.  Their commitment and dedication persisted into the Ramadan  fasting month and they even trained twice weekly on Saturdays and Sundays, during the last month before they embarked for the World Cup.

Their performance certainly showed with all these trainings. While not having a placing in the World Cup against the likes of England, France, Italy, their scores showed their hard work and teamwork.

England met France in the finals and eventually emerged the World Cup winner with a 2-0 win. Against the Singapore team, England won by a solitary penalty goal  of 1-0. Singapore vs France was a 0-2 won by France, whereas Singapore vs Italy ended with a  0-1 score. The FULL video matches of Singapore vs Italy, India, Cyprus, France, Turkey, England and Australia is on Dee Dee Mahmood Fanpage and Walking Football4Health Asia Facebook Pages

It was respectable scores nonetheless for the Singapore team. From the observations of Prof Dr Heil ” The Singapore team became better as they progressed through the day with every match.” This is encouraging noting that some of these players were not experienced in playing international matches, outside Asia.

Most importantly, the team has gained valuable experience (“experience that money can’t buy” was the sentence uttered by many of the players at the World Cup) and learned the standards that is required to perform on the world stage. Therefore, we can go home to evaluate and analyse our performance to gear up to better – equip ourselves in future international matches and competitions.

Noting that this is the first time that Singapore qualifies for the World Cup, this track record is a good start for a sport that is relatively new in Singapore and within the region.

Dr Dee Dee Mahmood (in red with a hat, in the photo above), Adjunct Senior Lecturer of Edith Cowan University Australia,  spearheaded this community-friendly modified sport with its main objective on health, in mid 2017 with a mere 10 ladies participation. No men wanted to come forth, as this sport was deemed not “macho” or “manly” enough.

However, the promotions of the sport in the community with its #commitmenttohealth emphasis, social interactions and bondings appealed to the community at large , especially with its family involvement element.

Fast forward today, two years later, Dr Dee Dee, who is also a multi-award winning Exercise Physiologist, Nutritionist and Talk Show Host, whose hard work in Walking Football4Health Asia, has brought the Walking Football4Health team to several countries in Asia, in a communities-crossing-countries Health Empowerment Movement and is roaring stronger in Singapore, Malaysia and in the region with record growth in numbers of walking football participations. 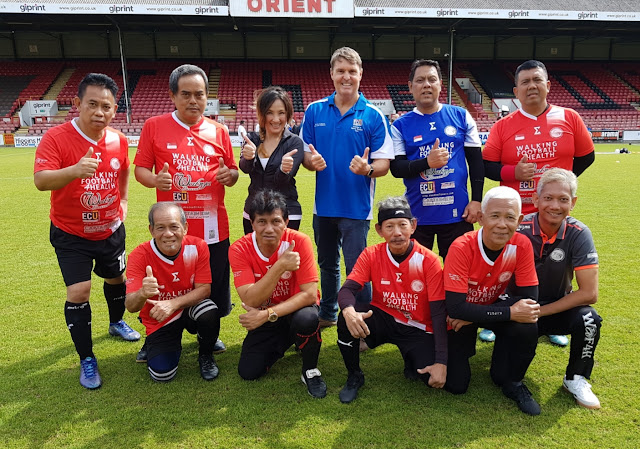 There are academic scientific research contributions to the sport as well. Dr Dee Dee collaborated with Prof Dr Dan Heil of University of Montana, the Past President of American College of Sports Medicine and Prof Dr Rob Newton, Associate Dean, School of Medical  Health Sciences at Edith Cowan University Australia with scientific researches on walking football at the World Cup. Watch this space as we release it here after thescientific data is analysed and published.

A previous research was conducted by Drs Dee Dee, Heil and Newton  on walking football and south east asian women in characterising the cardiovascular and metabolic intensity of walking football. Read here https://scholarworks.montana.edu/xmlui/handle/1/14965 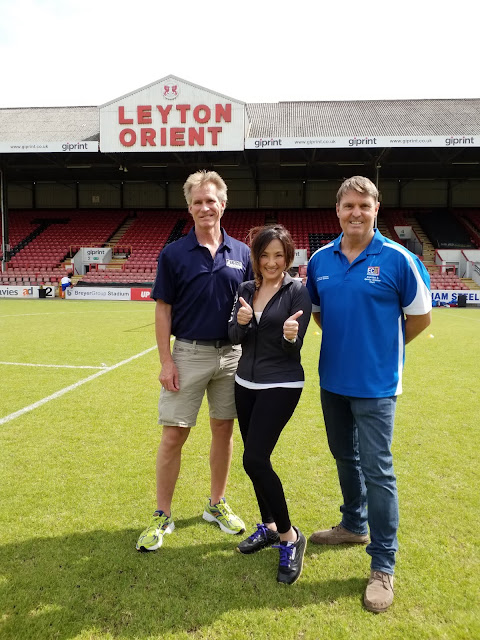 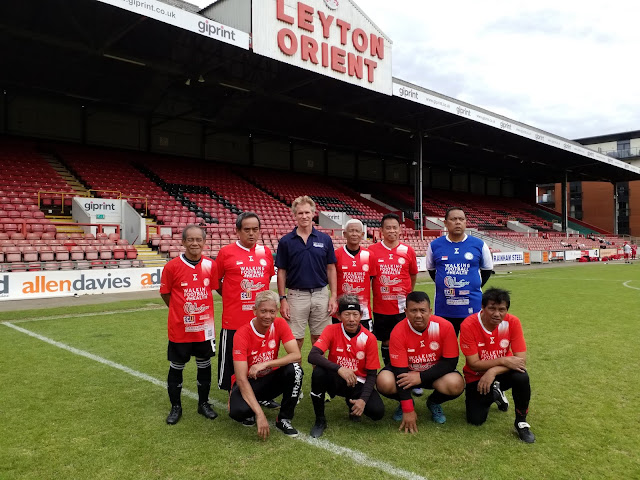 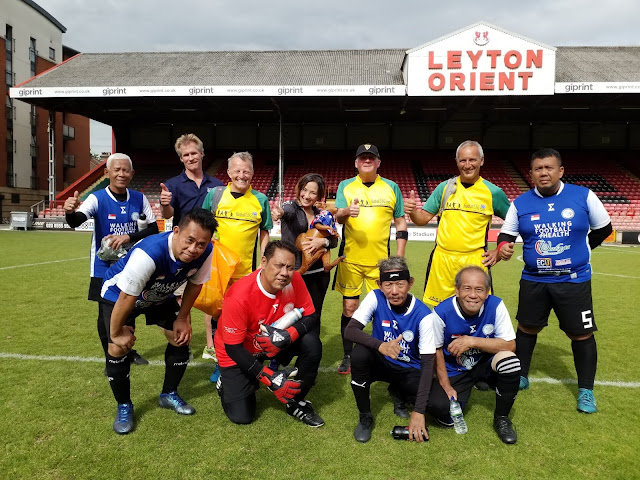 Here are more of the fun at the World Cup: 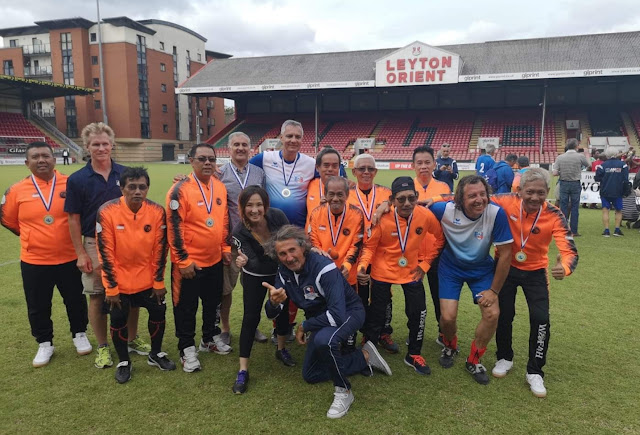 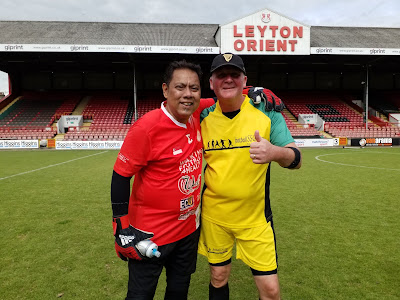 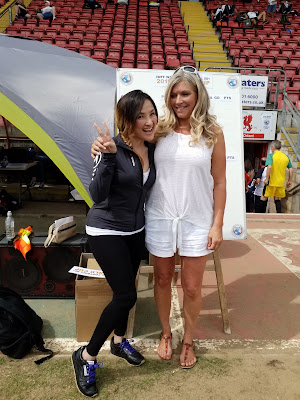 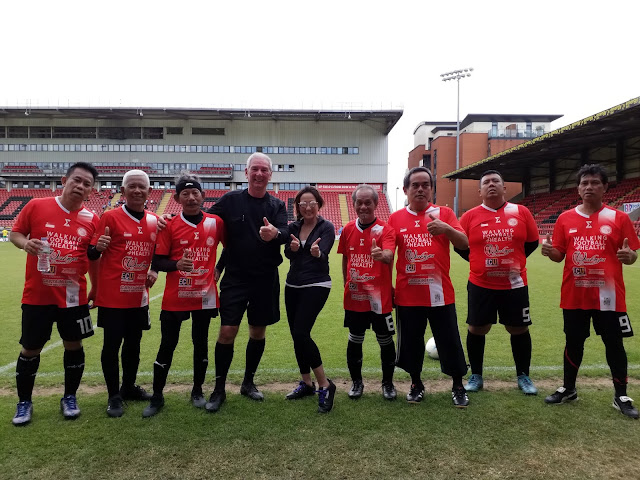 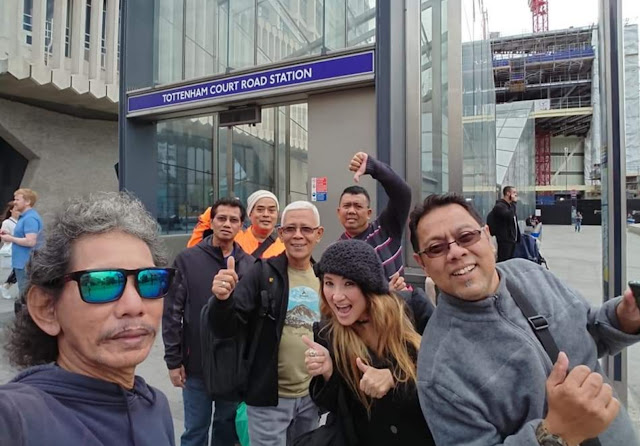 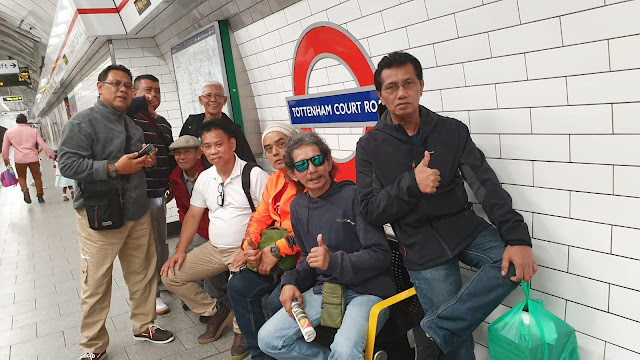 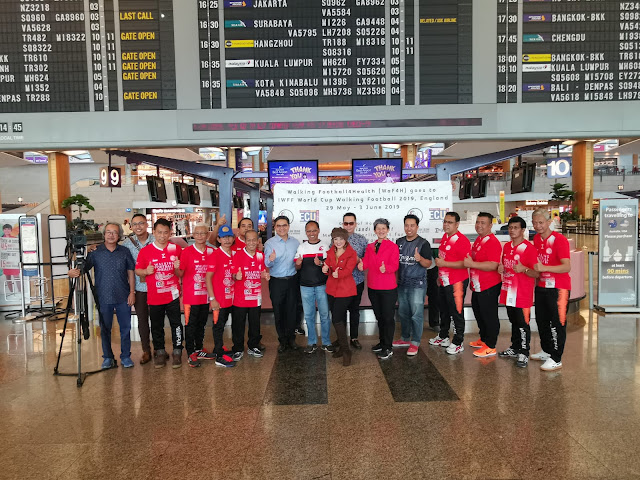 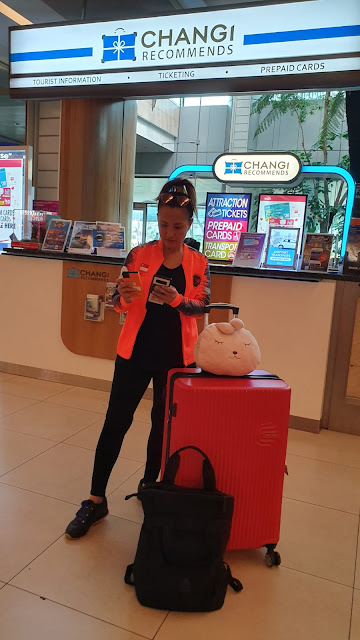 Thank you to
#changirecommends #changiWiFi #TravelfromSG for the GREAT CONNECTIVITY! For beaming a history-making inaugural  event on a world stage 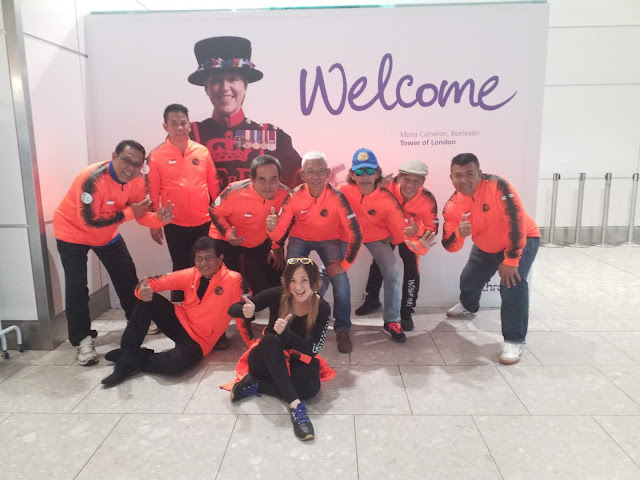 For everyone reading this, we love you for supporting us in our #commitmenttohealth and #goal4life

Playing walking football in the World Cup in London has truly been an enriching and inspiring experience for us. Memories-making moments that will last a lifetime….